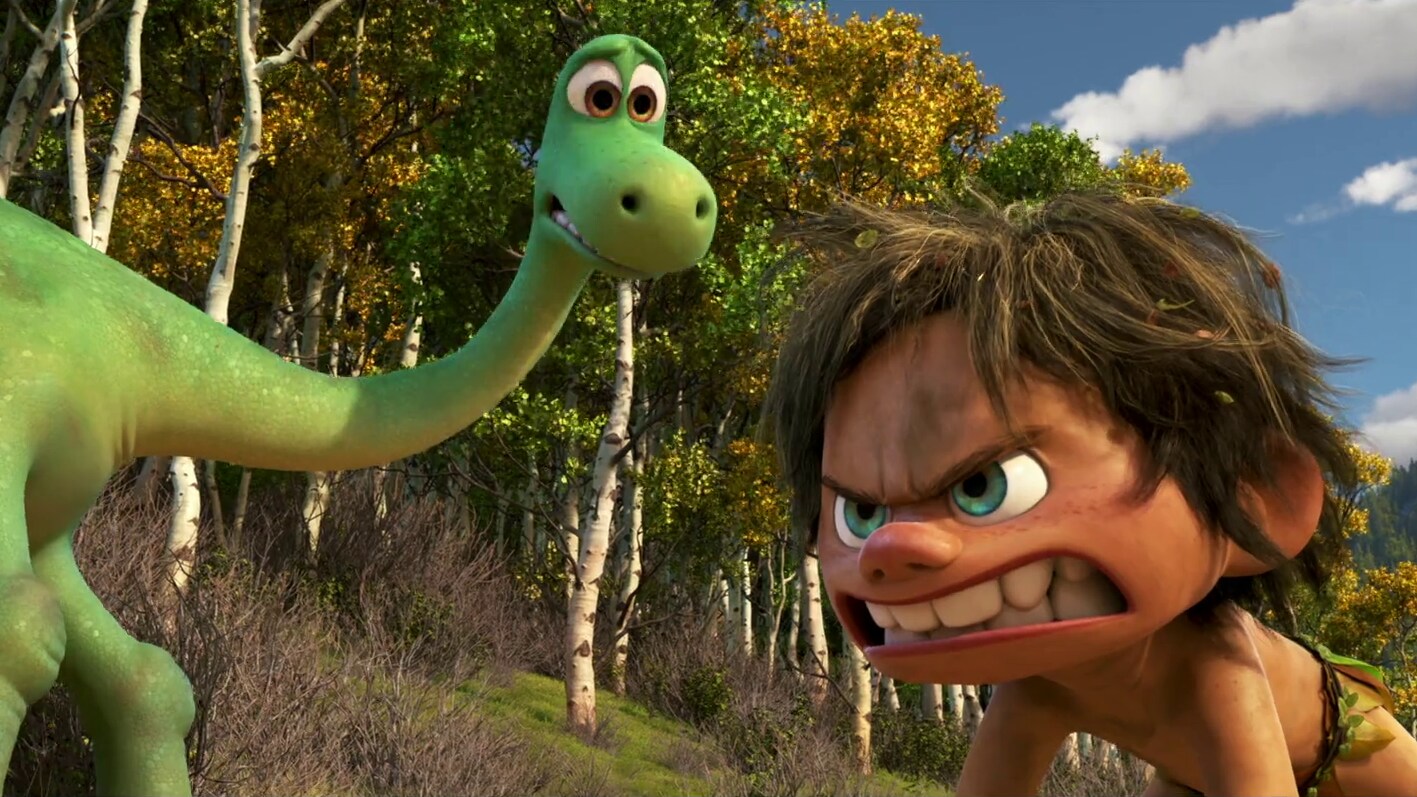 “The Good Dinosaur” occupies the unfortunate position of following the greatest thing Pixar has ever produced, “Inside Out.” In a world where the big, bad asteroid never made impact, leaving dinosaurs to learn farming after another million years of evolution, Arlo is a young apatosaurus and the runt in his neck of the woods. He’s timid, fearful, desperate to “make his mark,” but lacking any clue how. In the wake of a devastating tragedy, Arlo is forced to pair up with a feral caveboy and brave the wild should he return home, thus beginning a lovely boy and his dog adventure.

Peter Sohn’s prehistoric journey rises above familiarity through sheer force of character, endearing us to Arlo and Spot in the midst of a harsh and unforgiving landscape. Utilizing breathtaking environments that approach photo-realism, “The Good Dinosaur” doesn’t shy away from the brutal nature of, well, nature. These are tremendously sympathetic characters and, when danger beckons, the exquisite details make every threat more palpable. While the natural backdrops are in stark contrast to the squishy toy-like appearance of the brontosaurs, pterosaurs, and T-rexes that populate it, the gulf between them isn’t so distracting, contrary to what critics are saying.

And there ain’t no time to nitpick when Arlo and Spot find themselves in the middle of a western, complete with Tyrannosaurs as affable cowboys trying to rid their herd of raptors, or when they’re stalked by fanatical pterodactyls in the middle of a storm, the psycho birds’ bony heads peaking like upside-down sharks in a horror movie. Though it may call to mind previous animated epics with its conventional plot, “The Good Dinosaur is a gorgeous example of Pixar’s winning formula.