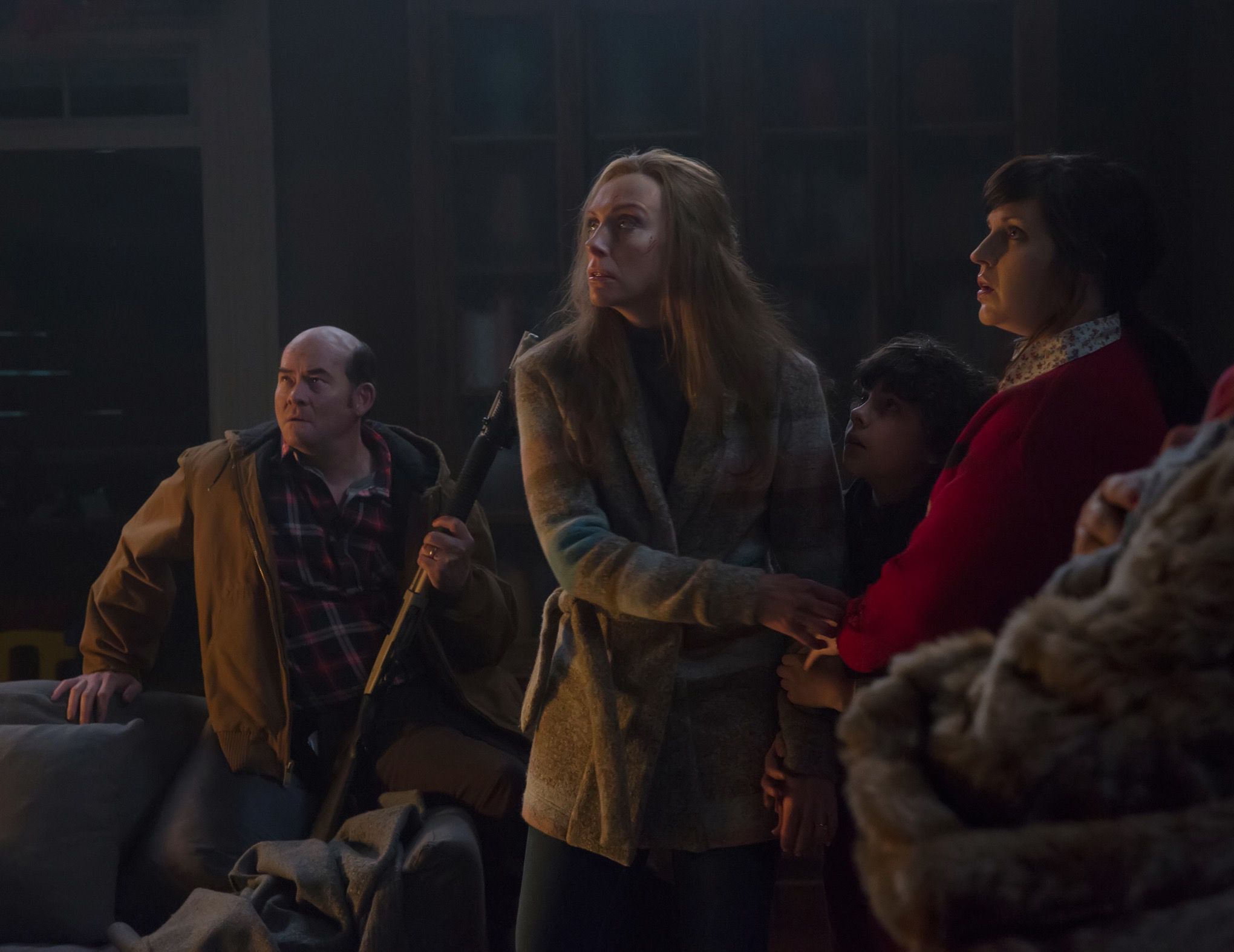 Trick R’ Treat, screenwriter Michael Dougherty’s first foray as director, was an old-school horror anthology that favored practical effects over computer-generated mayhem. His sophomore feature “Krampus,” another schlock-fest exploring the dark side of the holidays, continues that tradition with less scares, more laughs, and plenty of delightfully gross fantasies.

Set in a nondescript east coast suburb where the food is fancy and the cars electric, preteen Max only wants quality time with his workaholic parents and genial German grandmother Omi, but the rigors of holiday shopping and corralling dinner for ornery relatives have deprived this young boy of the Christmas he remembers. The workaholic parents, suitably played by Adam Scott and Toni Collette, are dreading the arrival of her sister and accompanying trailer park family, a gang of gun-toting, Jesus-loving miscreants from Pittsburgh who send Max over the edge when they read aloud his wishlist for Santa. David Koechner has made a career out of playing obnoxious rednecks, and this one’s no different, while Conchata Ferrell is a welcome surprise as a brutally honest aunt with a sweet tooth for peppermint schnapps. Uncomfortable silences and political alliances are relatable, amusing even.

Dougherty’s direction is nearly as awkward as their dinner table conversation, shaky tracking shots and uneven pacing distracting from what should be a slow-boil calm before the storm. Fortunately, Max rips up said wishlist and chunks it in the very next scene, a surefire omen of impending creepiness. Masked elves, carnivorous toys, and anthropomorphic gingerbread cookies unleash hell on their not-so-humble abode in the middle of a blizzard, and it’s here where Dougherty shines. Each threat is more gnarly than the last, eventually leading to evil Santa’s hoofed arrival, horns and all. These colorful monsters inject some much-needed life into a movie that attempts high camp and morality tale at the same time, and doesn’t accomplish either due to intermittent thrills and disingenuous feels. Child actor Emjay Anthony lays on the “poor me” schtick a little thick, and it simply doesn’t gel with a script that opens with a stampede of shoppers on Black Friday, their fierce battles over toys, electronics, and baked goods rendered in slow motion to the tune of “It’s Beginning to Look a Lot Like Christmas.”

On the flip-side, a closing epilogue is both too easy and too saccharine after so many deaths and so many ringers. When Dougherty reaches for sentiment, “Krampus” dings, but when those jingle bells hit the fan, “Krampus” sings.