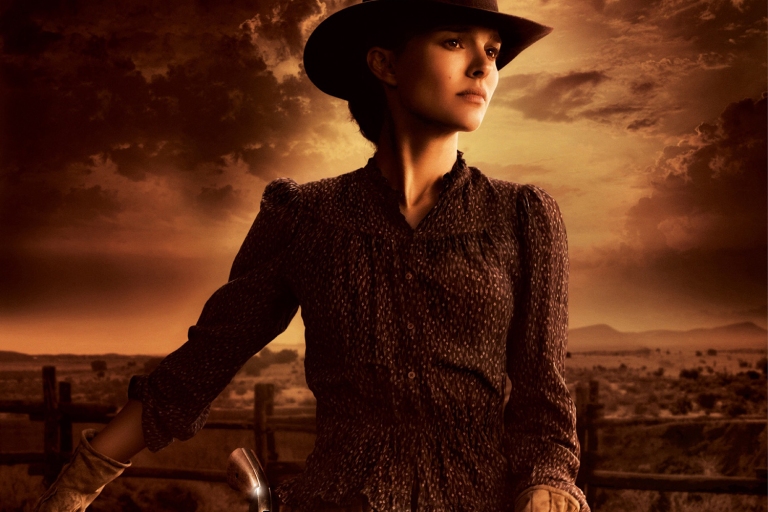 Natalie Portman has been out of the spotlight since 2011 when she won an Academy Award for Darren Aronofsky’s Black Swan. With Jackie on the horizon and recently Jane Got a Gun in the can, it appears the one-time Oscar winner might be poised for a  dramatic comeback.

Initially the brainchild of indie sensation Lynn Ramsay, the director of We Need to Talk About Kevin, among other films, Jane Got a Gun got a bad rap during principle photography when Ramsay was suddenly ousted (or did she quit? It’s hard to parse) in favor of competent journeyman Gavin O’Connor, the gritty fella who brought us sports sagas like Miracle and Warrior. Not exactly the the first name you think of when crewing a feminist western, but alas, O’Connor took the reins and the end product lives up to that complicated production fracas. It’s certainly no feminist western, however, it IS a well-acted, well-oiled machine. That is, almost completely lacking in originality or gravitas, but mildly effective as a tearjerker and a showcase for garden-variety iconography. Portman conducts herself adequately, though her character Jane is often passive for the sake of giving Joel Edgerton’s rugged Dan Frost more to do.

It’s easy to imagine a scenario where studio politics and Hollywood sexism played a role in sending Lynn Ramsay back to indie development hell. Jane Got a Gun was conceived as a subversion of the sort of patriarchal machismo inherent to this genre, and the very fact that Frost routinely outshines Jane is a testament to these possible creative differences that must have transpired for the female wunderkind to leave as she did. Indeed, Edgerton is a roguish surprise in a film that often errs on the side of stuffy, especially for a western. His silent but deadly approach to the archetypal cowboy is captivating, and even stirring once familial twists see the light of day. Ewan McGregor is less memorable as villainous overseer of the gang with whom Jane, Frost, and her woe-begotten husband (Noah Emmerich) are squabbling. Underwritten though it is, McGregor doesn’t add much to the role. He’s a twirling mustache in a world of gnarled beards.

Between a bout of shooting practice and the real thing an hour later, Jane’s only got a gun for about five minutes in total screen time. Otherwise, her rifle is astray as Edgerton, McGregor, and a traveling circus of bandits get most of the play time. That comeback will have to wait for now.