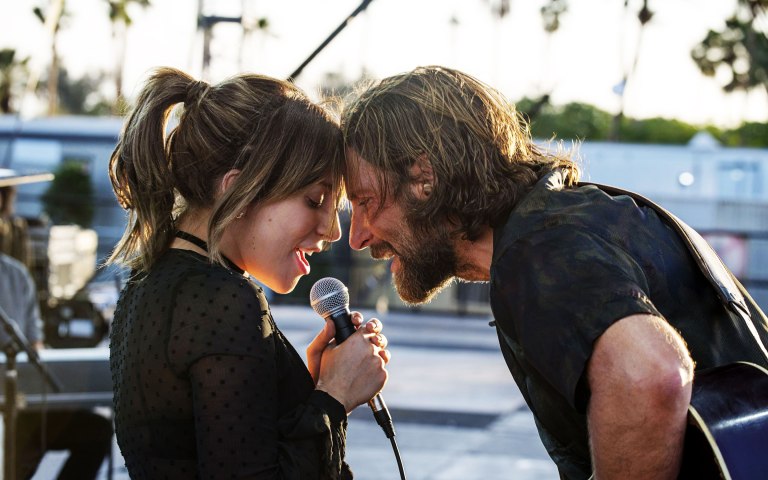 And now, a stream of consciousness…

Sometimes a film comes along and gives you something you didn’t know you needed. First-time director Bradley Cooper’s re-imagining of A Star is Born is one of those films, a densely layered emotional powerhouse whose central stunner of a song “Shallow” will go on to become a song of the year or even song of the decade if there’s any justice left in this world. Justice left in this world…I’ve said that on more than one occasion this year and for good reason…none of us are sure if there is any left in this modern world, this shallowed ground.

Tell me somethin’ girl
Are you happy in this modern world?
Is there somethin’ else you’re searchin’ for?

I’m the restless sort myself. If I’m not moving, maneuvering, clawing for the next thing, the next new job, the one accomplishment or arrival of me that might announce to nobody but myself that I don’t need any more things, anymore success, anymore anything than what I’ve got right in front of me. We can distract ourselves, sure. We can distract ourselves with more than ever in the history of human beings on planet earth, we’re good at that. We’re good at the booze, the bread and circuses, the hours upon hours spent on social media. That restlessness, the gnawing doubt that will masquerade as drive or ambition…it’s so much when things are good that you worry how much more can it be when things are bad?

Right or left, many of us, most of us are watching the news waiting for a ball to drop, reading the web waiting for that next hit, or running to the corner store or the next door dealer for a serious hit. All in service of a void both unexplained and unsustainable, one of our own making individually and collectively. Many are hurting every year, every day…how else to explain our current state of affairs? That’s right: unexplained. In Cooper’s A Star is Born, Jackson Mane is struggling with an ill-defined but no less palpable trauma that has weighed him down to that far-reaching abyss we all know too well, any time we’ve drank or drugged for something other than pleasure. Only his abyss is the kind that doesn’t end, the disease that endures.

Tell me something boy
Aren’t you tired tryin’ to fill that void?
Or do you need more
Ain’t it hard keepin’ it so hardcore?

Mine ended in November of 2011 when I began dating a vixen-haired ball of talent. I was tired of tryin’ to fill that void, whatever it was, whatever it still is, and I was lucky enough to find some matter of peace with someone else, someone who would become my future wife. Jackson finds it in Stefanie Germanotta’s Ally, a little monster in hiding who’s afraid to show the world what she has until a certain country-rock star stumbles into her life. While Jack’s not one of the lucky ones, his abyss endures after all, their love is the defining chapter of their lives, changing them emotionally and artistically. Ally finds herself, and Jack finds something to live for, for a time anyway. A star is born as another star fades.

When you find peace or love or that part of life that makes you whole, the world doesn’t feel so shallow anymore. At least, it didn’t for me. I could go on about Cooper, or the imitable Lady Gaga, or Sam Elliott as Mane’s older brother and long-time caretaker, or comedians Dave Chappelle and Andrew Dice Clay in supporting whoppers. I could go on about Matthew Libatique’s grounded yet colorful lensing, or the editing that eschews montage as much as possible, or its delicate handling of an issue as complex and easily made cliched as substance abuse and addiction. But A Star is Born is not a film you merely watch or critique or wring tears over, it’s a film you experience. As you can read, I experienced something I didn’t know I needed, something deeply personal, and you might too.