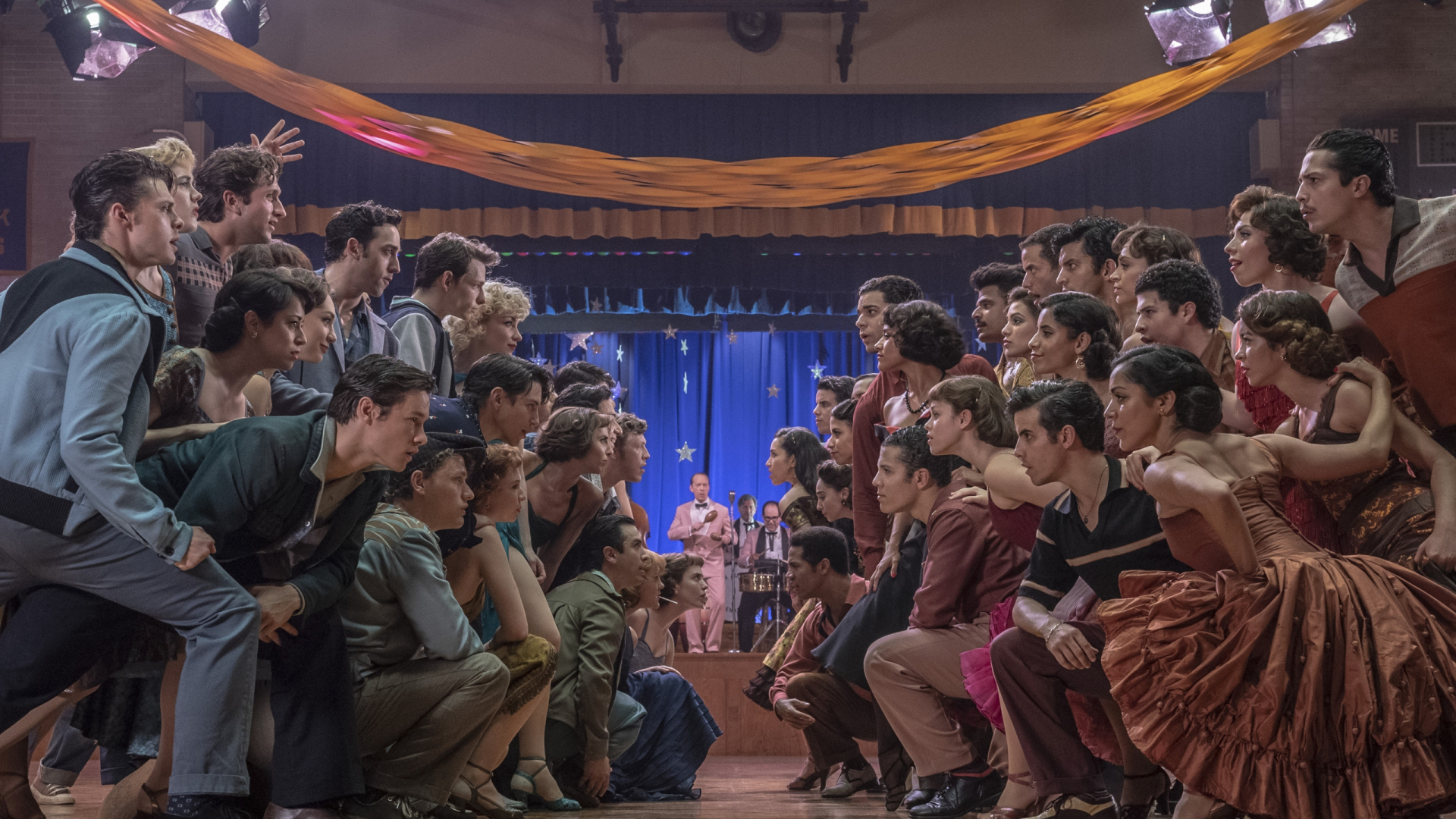 A sensational nail-biter, improving on the original, expanding on its insular world and trading John Krasinski’s perfect patriarch for a more compelling male lead in Cillian Murphy, an actor whose eyes emit a nagging question of trust. But this film, and eventually this franchise, belongs to Millicent Simmons as deaf daughter Regan. She and Noah Jupe’s Marcus come of age beautifully, learning from their late father and proving themselves heroes in their own right. Emily Blunt can do no wrong, of course, and visual effects, specifically the film’s rendering of these extraterrestrial creatures, are more impressive the second time around. As director, Krasinski proves himself a master of suspense, utilizing all of the hallmarks of Spielbergian terror: silence, sound, shadow, and the slow crank of impending doom. This is a lean, mean editing machine, using cross-cutting and a bare-necessities plot to drive forward momentum, following the Abbott family through thick and thin on their never-ending journey to safety. With a newborn baby in tow, the journey is unsurprisingly fraught with fear and the need for fierce resilience as they run into a series of increasingly terrifying obstacles, as well as opportunities for growth. Part II passes the torch from parent to children, offering a coming-of-age fright in the guise of a horror film.

Future great filmmakers are always inspired by the greats, and Sam Levinson is no different. Taking from Nichols, Cassavetes, and Kramer, he has staged for actors Zendaya and John David Washington an intimate, monologue-heavy mano-o-mano, all set inside a resort house on the edges of Los Angeles. The both of them get juicy, jazzy, muscular characters to stretch their young legs in service of a vision that experiments with character and identity. It’s a strange joy to witness these two whirling in a maelstrom of toxicity, one forged through their characters’ own egos and insecurities. Levinson has written a tale about art, identity, ego, and the art of conversation, and how that art is slowly dying in front of a mirror. He uses Malcolm as a vessel and a sounding board for certain grievances, not the least of which revolve around the online feedback loop of film punditry, film criticism, and faux progressivism. “Political” is no longer revolutionary as it was in the early years of Stanley Kubrick or Spike Lee, not in cinema anyway. Emotional honesty remains revolutionary, however, and so it is frequently exhilarating to watch Zendaya and John David speak discursively for hours on the perils and pitfalls of Hollywood. For a film that is light on plot and high on conversation, heavy on the sort of tension that can boil over in a long-term relationship, it’s an incredibly complex feat of modern filmmaking, critics be damned. Levinson is the next great millennial director, and his creative partners here aim for the back row and reach it with fireworks.

3. Spider-Man: No Way Home (IN THEATERS)

One of the best comic-book adaptations ever made. Through storytelling ambition, emotional heft, surprising directorial finesse, and a command of different franchise tones jockeying for position, No Way Home is the film that puts Tom Holland and his director Jon Watts over the top in the competition between Marvel and Sony for which iteration of Spider-Man is “definitive.” What sets it apart beyond the cameos and cultivated moments of joy and audacity and meta commentary, are the deepening of certain themes and feelings of which the previous Holland pictures only scratched the surface. Parker here is finally allowed to face the level of torment and sacrifice part and parcel to the comics, and which routinely haunted Tobey’s nebbish dweeb and Garfield’s wiseacre outsider. And with the return of Willem Dafoe as Norman Osborn and Alfred Molina as Doc Ock, there’s palpable menace too. When Spidey and Goblin go toe-to-toe in a condo during a visceral hand-to-hand brawl, hurling each other through concrete floors and plastered walls, it’s evident the influences are plentiful as we’re reminded of the violent, climactic bout between them in 2002’s Spider-Man. It’s a beauty, buoyed by Dafoe’s maniacal performance as he cackles in Parker’s face, in the face of pain. He pushes Peter to the brink of what he’s capable of and to the line he never thought of crossing until now. No matter the number of villains, No Way Home never forgets about its titular hero, putting him through the wringer to rigorously learn his biggest lesson of all, all in the midst of multiversal chaos.

Dune is a majestic tone poem and propulsive chase movie, a grand science-fiction adventure the likes of which we rarely see anymore: the auteur blockbuster. Director Denis Villeneuve has a unique gift for gargantuan sets, for juxtaposing the enormity of space ships and architecture against the smallness of man. He finds the eerie and ethereal beauty in both nature and technology, from the sun-kissed deserts of day to the foreboding deserts of night, from the machines which harvest spice to the deadly drones which resemble mosquitos. Such impressive scope is epitomized in the iconic sandworms, their towering size and terrifying rattle a feat of on-set engineering as much as CGI. What Denis has accomplished here is nothing short of astonishing in terms of technical achievement, his blend of practical and computer-generated VFX second to none. His slow-burn style and tactile aesthetics ground the fantasy locales and sci-fi trappings while a starry cast bring heart, girth, and gravitas to the world they’re inhabiting. Elevated by Fraser’s awe-inspiring lensing and Zimmer’s awesome pipes, as well as a compelling messianic plot tying in environmentalism (subtle) and imperialism (not subtle), this is a stunning visual and aural experience, a feast for the eyes in IMAX and the ears in DOLBY, and a sweeping, semi-classical hero’s journey in the vein of Greek mythology. When an initial title card pops up proclaiming this as “Part One,” do not fear if you recall the days of Lord of the Rings, for this is shaping to be an accomplishment near to Jackson’s seminal work. If the Academy has any sense of cultural self-preservation, they will nominate Dune in Best Picture and Best Director.

1. West Side Story (IN THEATERS)

Many were skeptical of another West Side Story, including myself. The 1961 adaptation of the Broadway sensation is a bonafide classic, having earned over $400 million adjusted for inflation and won multiple Oscars, including Best Picture. We all doubted Steven Spielberg given his lack of a musical pedigree and Lincoln nine years ago remaining his last great accomplishment. Oh ye of little faith because, as it turns out, Spielberg’s West Side Story is not only one of his best films, but the best motion picture of this year. Spielberg shows up like a 30 year-old wunderkind, whirling camera alive with energy and virtuosity. tracking the movements of five brilliant performers and more as they stage some of the most complex and wonderfully choreographed song-and-dance numbers to grace the silver screen in decades. As Riff, wiry Mike Faist is a future movie star, should he choose to let it happen, and Ariana DeBose is just as powerful in her big close-up as Anita, the both of them stealing scenes from their leading co-stars. Rachel Zegler and Ansel Elgort are no slouches either, imbuing in Tony and Maria the lovelorn longing necessary to sell such an overnight bond as more than mere crush. And it doesn’t hurt that they carry beautiful voices too, Zegler in particular, lighting up the screen as a future star in her own right. Throw in David Alvarez in a fiery turn as Bernardo and Rita Moreno returning to acting in a poignant supporting role, and this largely unknown cast outperforms nearly every other star ensemble in 2021. The classic play’s potent themes are woven into Tony Kushner’s pitch-perfect script, from commentary on race, class, and gentrification to more complicated gender dynamics that barely existed in the ’61 film, West Side Story honors the original text while updating for the 21st century. Movies are at their best when art and entertainment are in harmony, and this film is in harmony.

Next Page for Bonus